This year, more than 75,000 people applied for 600 spots across 6 cities for the chance to compete on American Ninja Warrior. That’s less than a 1% chance of being selected, and the West Coast qualifier (my region) is the most competitive to get into.

This all started 5 years ago with a promise I made to my son. My heart was still sick, I was always exhausted, and something as simple as walking up the stairs was hard on my heart. As my son and I were watching American Ninja Warrior, we both discussed how amazing it would be to have the abilities to do such athletic and acrobatic movements. My son then turned to me and said, “You should do this show!” I remember laughing at him while saying, “I can’t even walk up the stairs, let alone get anywhere near a pull-up, and you think I should do this?” I will never forget what he said next… “Why do you have excuses?” I realized that my son was unaware of barriers adults place when we are afraid of doing something so far outside our comfort zone that it seems impossible. I realized he was serious, and I said to him, I promise that I will get better and become an American Ninja Warrior.

A couple years after that, I began running, doing cardio, and even weight training. My heart was still experiencing issues regulating heart rate, but I was serious about keeping my promise to my son. I wanted him to believe in me, believe in the impossible, and trust that anything can happen if you put your whole heart into it.

Not everyone believed or supported me, though. I was told over and over again that I was working out too much, that going to the gym each day was a waste of time, and unnecessary. I was told repeatedly that I couldn’t do it. Even going so far as to text me during workouts with discouraging words that he knew would make me quit. I remember leaving one cardio class about 15 minutes into the workout, because I was told, “You will not be able to do this. You will not be able to do this without me.” That was the last time I let anyone tell me I couldn’t do it, and that I wouldn’t succeed. I left everyone in my life who refused to support me in gaining my health, then found that fire to become the best person I could be for those who deserved it.

I found that fire, and discovered rock climbing with my son. I knew that rock climbers did well on the show, and for that reason, I kept going. It was challenging, painful, and scary. I had never done anything like this before, and was completely outside my comfort zone.

Over time, I began to build muscle, and do things I had never done before. My son and I actually did our first pull-ups together. We bonded through this sport, my promise to him, and discovered the outdoors again.

I bouldered and climbed outdoors many times, and have scars on my arms to prove it. Each of those scars, I can tell you where I was; the long scars on my right forearm from Joshua Tree, the small scar on my left inner elbow from Valley of Fire. All memories.

I continued to get stronger, started to compete in bouldering competitions, and faced fears of not being good enough. I was even rejected by American Ninja Warrior in 2016. It didn’t stop me. It just made that fire grow even more.

In 2017, I began training even harder, pushing my body to its limits to find what it could handle. Through the process, I corrected an electrical issue in my heart, as to no longer require heart medication. I found belonging in a community of Congenital Heart Disease (CHD) families, and found real friends within my circle of climbers.

I still had a mission to fulfill, teamed up with the American Heart Association, and knew I had to attempt another go at American Ninja Warrior. I had to do it not just for myself and my son, but for everyone who believed in me, those who didn’t, and especially for all CHD Families. I wanted them to believe that their children with heart defects can still dream impossible dreams, and make it happen.

Last month, my dream was cut short when I found out I needed surgery on my shoulder; I had torn my rotator cuff, labrum, and bicep while training. I felt like I had let everyone down; I would never know if I made it on American Ninja Warrior. I reached out to the producers, and informed them of my shoulder surgery. I thought for sure that I would always have to wonder whether I made it; whether they would have called me and said I was good enough.

…. I MADE IT! I never gave up, fueled my passion every day, and trusted that my heart could do it… I did it! I’m an American Ninja Warrior.

Although I won’t be able to run the course this year, due to a fresh shoulder surgery, I’m going to focus on my healing and training to rebuild, and come back. I will slap that buzzer next year!

Thank you to the amazing producers and executives at American Ninja Warrior for believing in me and giving me this opportunity. You will be hearing from me when my shoulder gets better!

For all of you CHD Warriors and CHD Families, if I can beat the odds and make it into that 1%, I urge you to give yourself or your child the opportunity to beat the odds as well.

*** Photos below from the moment I received the call 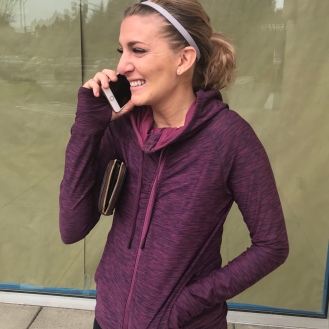